I'm just mad about this little bear I have just finished! He's called "Wee Hatta" because he is a 9 inch version of a 23 inch bear I made in 2012. Here is his big brother:

As you can see, I have used scraps of the same fabrics the big guy wears. It was a fun challenge to recreate the look of his clothing and accessories in the smaller scale. The scale of the prints and textures are different but I think they work. I also wanted to do some detailing on the paws to match the bigger bear. Wee Hatta is the second bear I have done with needle-sculpted paws in this style. The technique is completely different from the applique trapunto I do on my larger bears, but it lends itself much better to his little feet and paws! Both bears' paws feature shading which helps with the family resemblance. 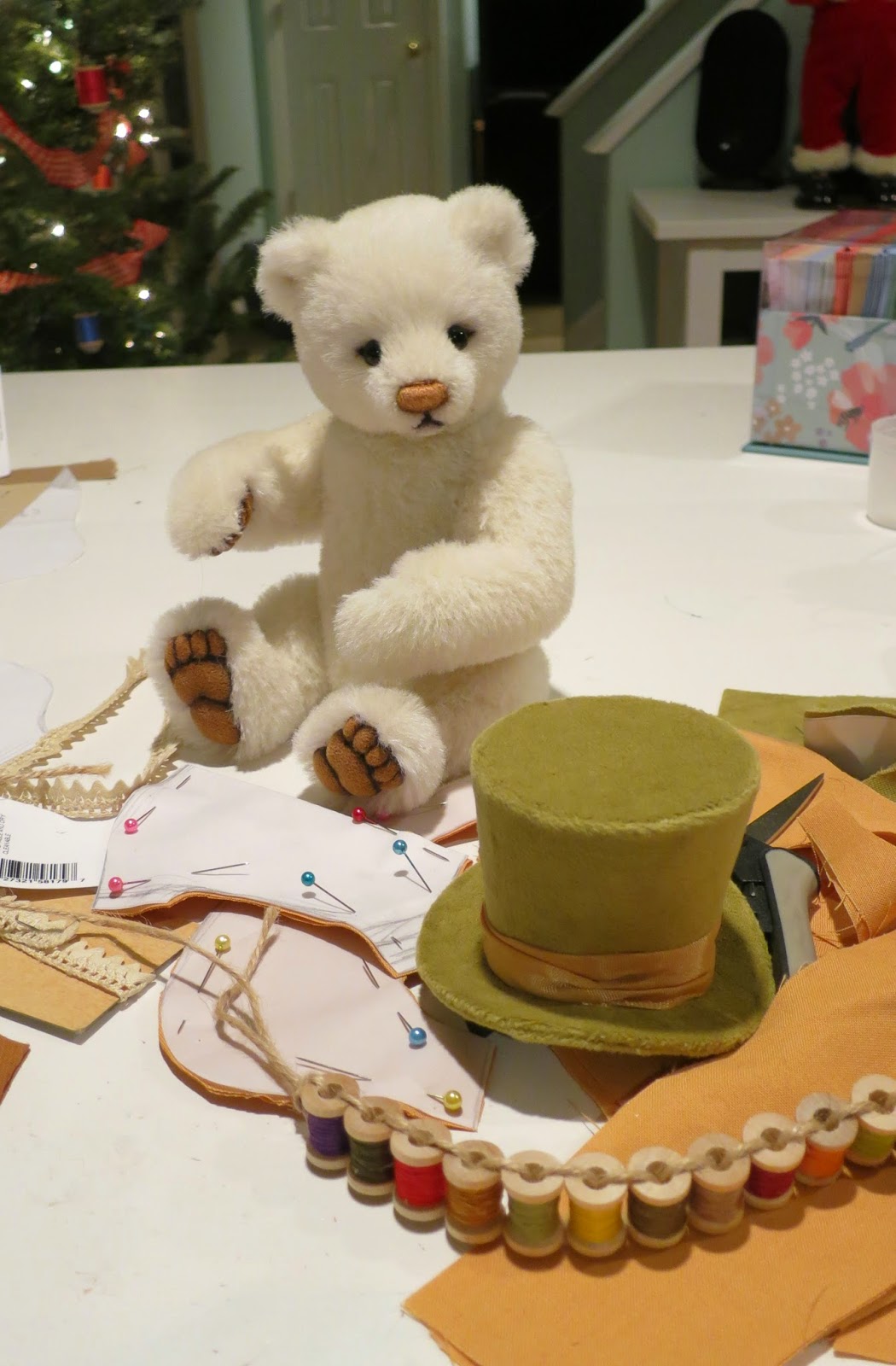 It was easy enough to find tiny wooden spools at the craft store, and while it was time consuming, I enjoyed wrapping each tiny spool with thread from my own cache. Good thing I did since I had to do it twice! The first spool chain looked a bit too bulky, so I got some smaller spools.

Wee Hatta already has a home and is winging his way there right now, hoping to arrive as a Christmas surprise!

Here are a few more photos. 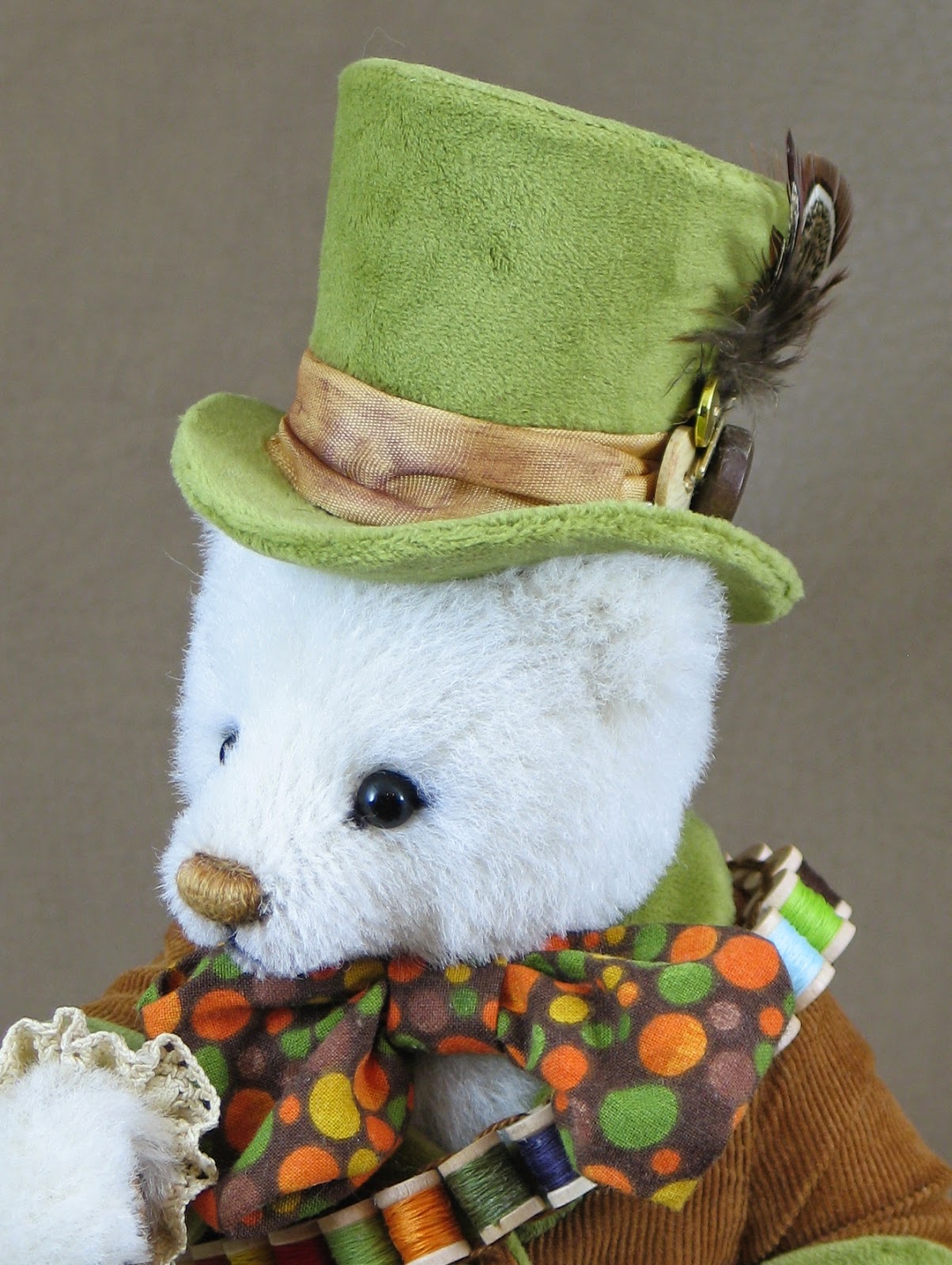 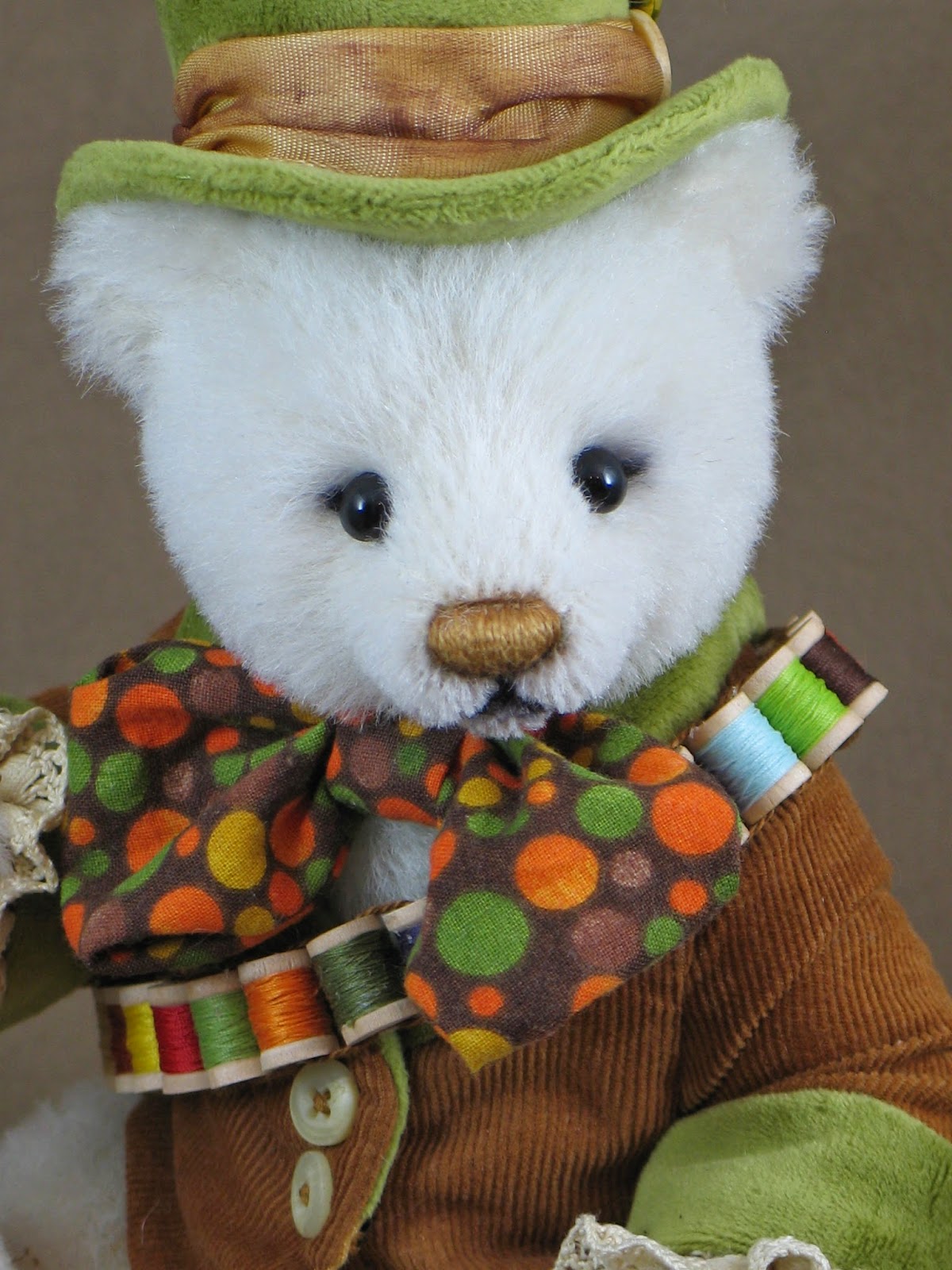 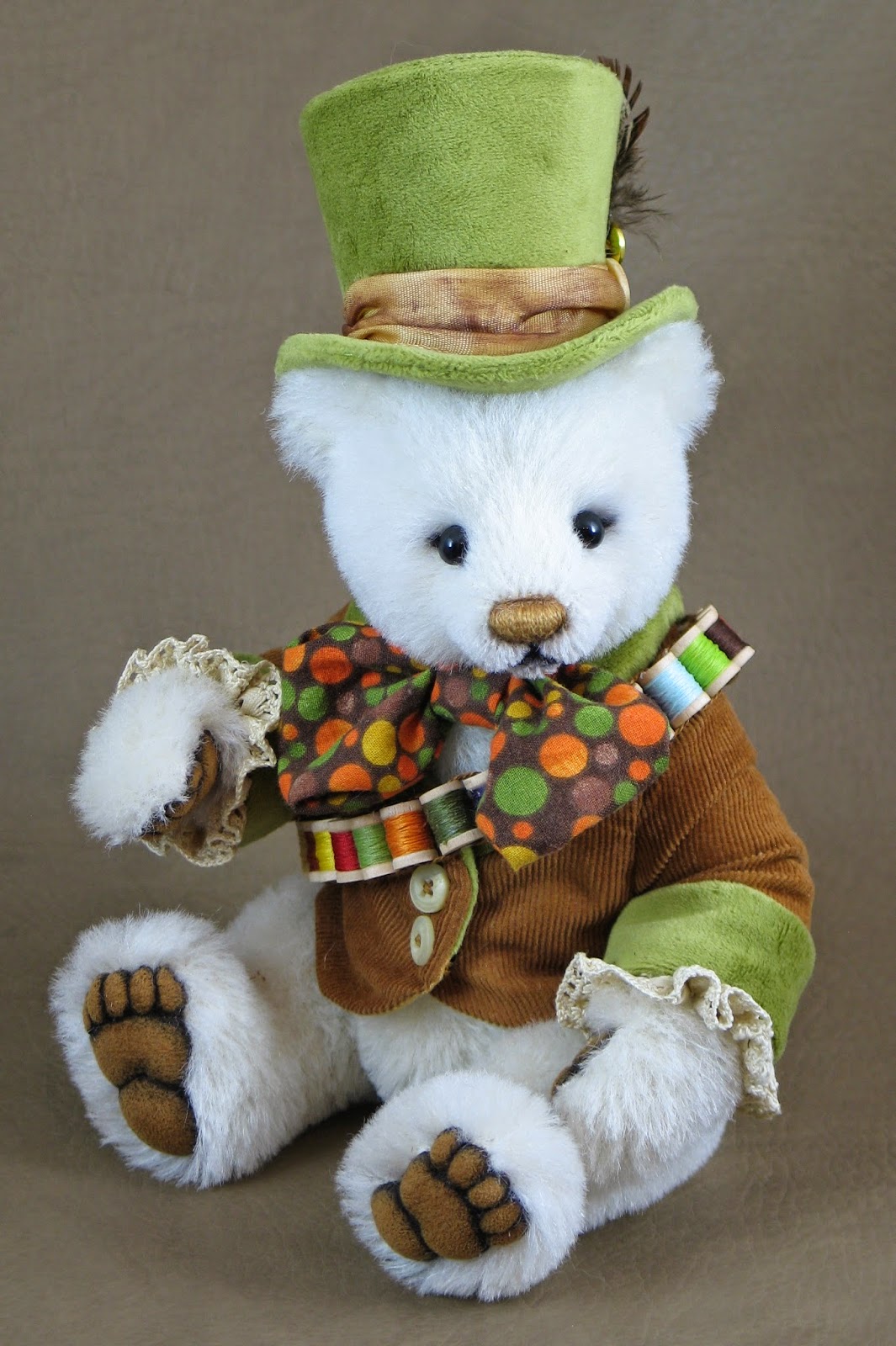 Posted by Tami Eveslage at 4:08 PM

Oh my Goodness he is simply wonderful and so very special. I am madly in love. Being the owner of the larger version I am sure the person who receives this wee bear is going to be absolutely thrilled.