My mom and I have been taking an oil painting class called Portrait Techniques of the Masters since last fall and we are learning so much.  I had not touched oil paints since high school and even then I only made two paintings. In class, we mostly paint  models, but after doing  four paintings of lovely people I do not know, I decided to try my hand at painting someone special to me. This is a portrait of my son Brendan at about age five (done from a photo, obviously, since he is now twelve).

We start the paintings with an underpainting to get the values in place. I was pretty good at this, I think, because it's like drawing, which is something I've always done. 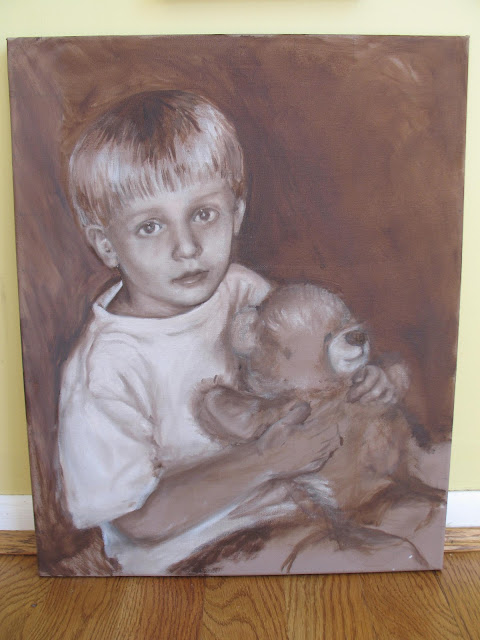 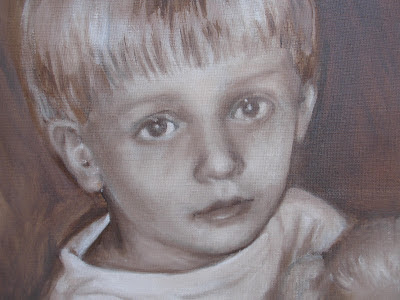 Then we added more color each week... 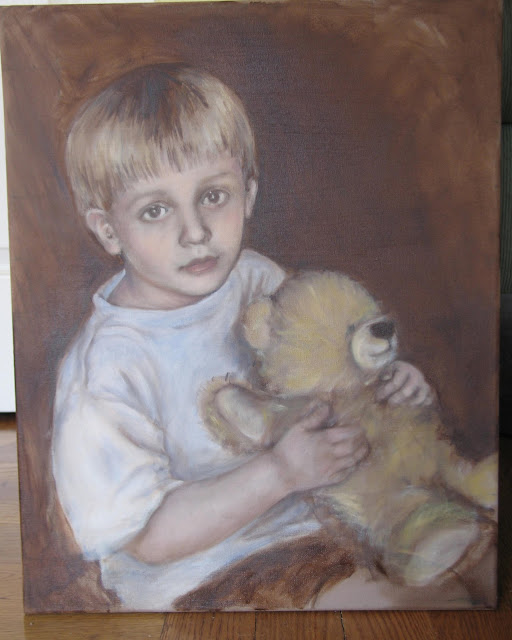 I loved this stage. It reminded me of an old hand colored photograph. I almost wanted to leave it like that. 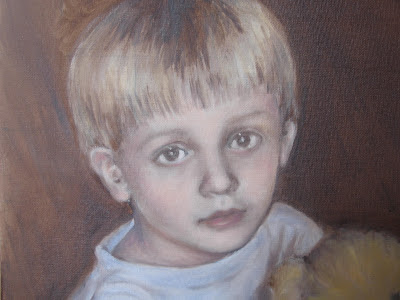 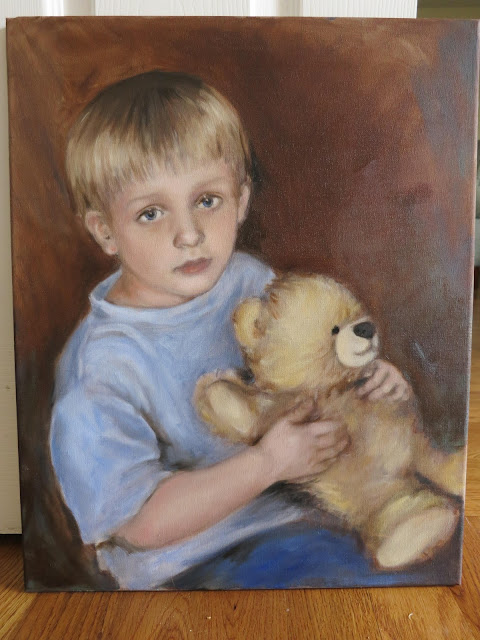 Adding more color seemed to "flatten" his face a bit. 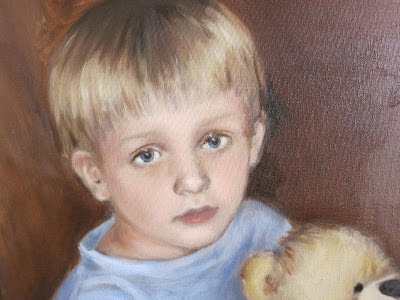 In the photo I was working from, Brendan was holding a different bear. He requested that I paint Teddy Bob (a plush Steiff bear which was a favorite of his for a while) into the painting instead of the one which was there. He was also holding his video game which I didn't want to include. Since I didn't want to have to "make up" the hands and since Brendan's hands were much to big for the picture as they are now, I recruited my five year old nephew to be a "parts model"! I loved the hands in this one, but I turned the bear around. 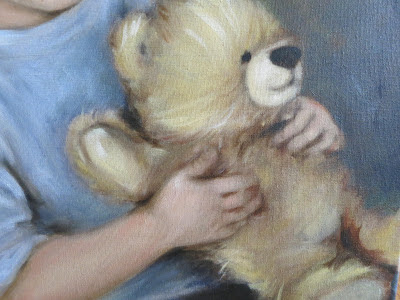 Our teacher showed me how to push the contrast and color up to get the form back. He's finished! 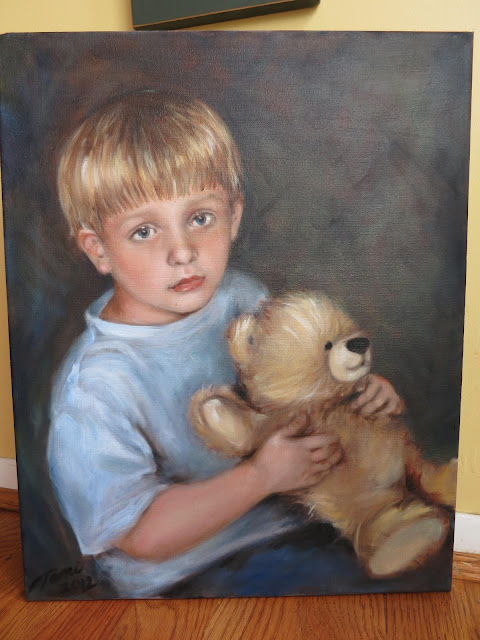 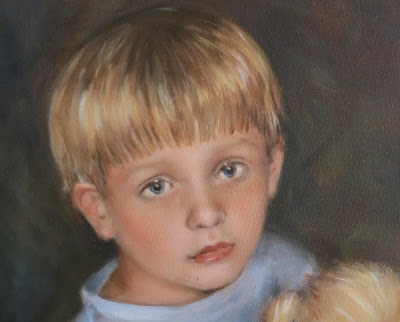 I love it! When we start the class again in the fall I will do a young Alex portrait﻿.
Posted by Tami Eveslage at 6:10 PM

I just love it, who's technique did you follow. Some of them you do about 36 washes which takes an age, because oil has to dry in between. You did an amazing job.
Hugs Kay

It turned out beautifully! Wow! Thank you for sharing.

This is beautiful work. I have never painted with oils, I had no idea the amount of depth that was put into each piece. I am just so impressed.

Thank you all for the complements! Kay, I don't know if Carin (our instructor) was teaching one specific master painter's method...I think I could have done more washes of color, too. My instructor said it was a wonderful painting "for where (I am) now". It may be that, like bear making, I won't get faster with experience--just pickier! LOL.

Beautiful!! You are so talented!