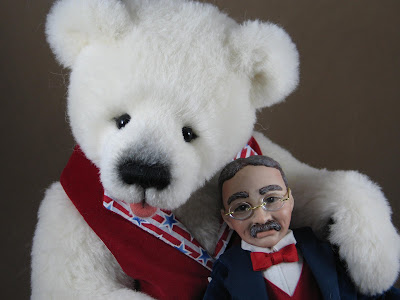 After two years, I have finally finished the third installment in my series of bear and doll sets for Teddies of Mt. Holly. This all started with an idea I had way back in 2002, on the 100th Birthday of the Teddy Bear. I wanted to create a bear which played on the Teddy Bear's namesake, Theodore Roosevelt. I pictured a realistic baby bear cuddling a "Teddy" doll. The bear I could make, but I wondered how to make a doll which looked like Theodore Roosevelt. I thought I might make a rag doll and paint the face. But the project stayed in my sketch book and in my head for a few years. In the meantime, I had taken a doll sculpting class with Jack Johnston and while my first doll was quite pitiful, it ignited the spark of a new passion. So when I came across the idea in my sketchbook in 2005 I knew I could sculpt the Teddy doll. And I made this fellow and sold him on ebay. 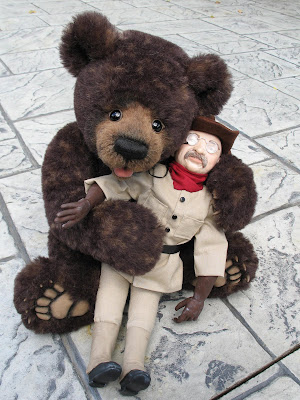 Then a few years after that I was asked to create a similar series of bears for the shop Teddies of Mt. Holly. The bears are larger than the one above and they are all made with the same basic design, but I've chosen different fabrics and finishes for each one. Making the doll is a bit more involved that doing my bears as each one is hand sculpted so each one is slightly different.


This one from 2008 is called "Theodore Loves His Teddy" 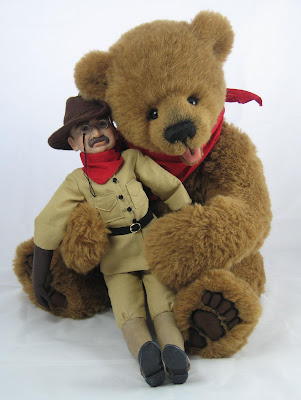 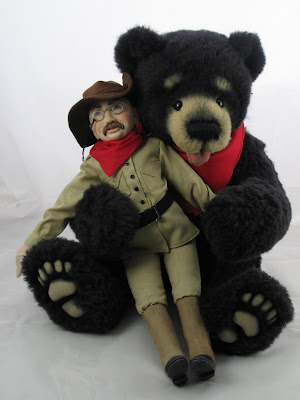 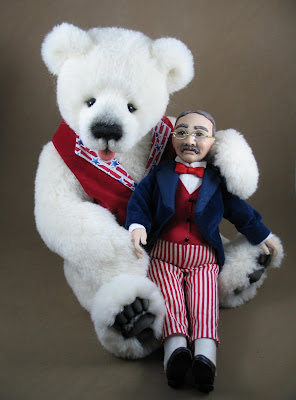 He has a reversable vest. 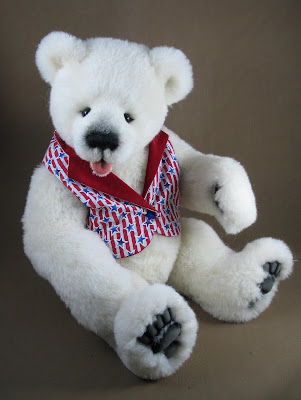 Because I wanted to do a white bear this time, I decided to use patriotic colors for the set. The costuming for the bear and doll in this set was inspired by this illustration of the "Roosevelt Bears" by Seymour Eaton. 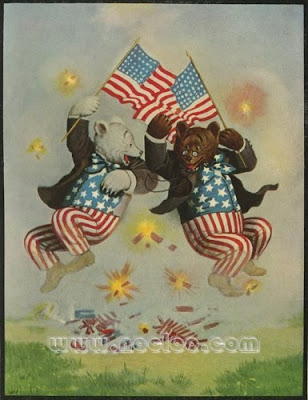 The doll is always called Teddy, but I tried to give the bears different, but related names each time. It is a bit of a challenge as I'm running out of variations of the 26 President's name! Clifford is named after the political cartoonist Clifford Berryman who's images forever tied the name of the President with a cuddly bear. 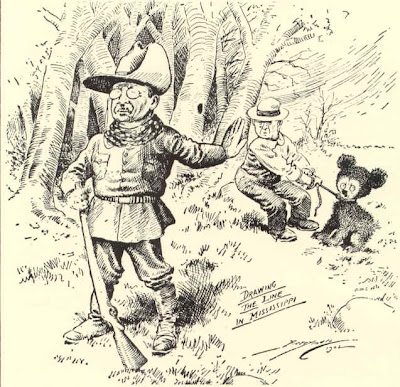 I will be making two more sets for this series so if you are interested visit Teddies of Mt. Holly.

Posted by Tami Eveslage at 6:16 AM

Wonderful! Beautiful! It is so good to see your thought process. What a great post. I love everyone of them.

This is just wonderful, what an excellent idea. Love the bears, such cute expressions with their open mouths.

The thought of marring the bear and
the President together. is just Wonderful. The bear is a dream. I have loved Jack Johnson's doll sculpture for ages. It must have been great doing a course with him.

what a wonderful idea , and they are all very lovely

I just love the idea behind this series, it makes me giggle every time I see a photo from it. I love all the bears and their teddies, but I think the outfits on the most recent ones are stunning