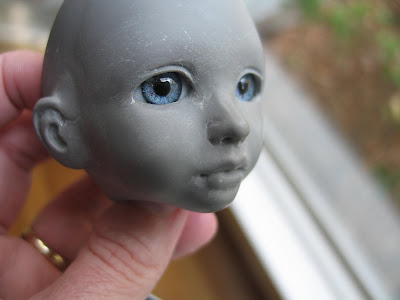 No matter how much I tell myself that I could work more efficiently if I focus my attention on one thing at a time, I always seem to have several projects going at one time. I guess maybe it works better that way for me. I really can only focus on one of them in any given moment, but I might work on a doll one day, and a bear the next. I usually have several bears in progress at once, so it seems to take longer to finish one, but then after the drought, I end up with a few finished bears in a matter of days!

Here is Edward Bear #2/3 made for a collector's order: 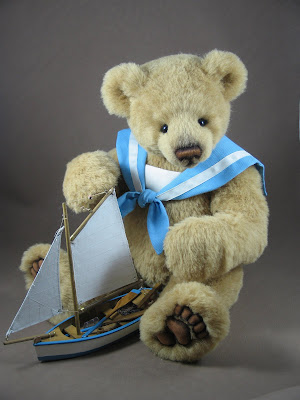 Here is Christmas Edward, a special version of Edward available from My Friends and Me next month: 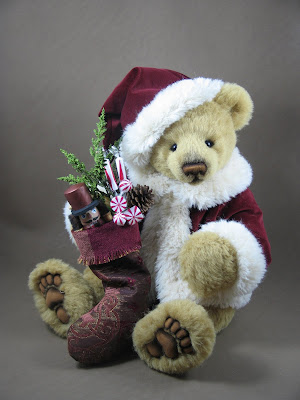 And here is Karl and his yet to be named friend, my first two bears for the Handmade Treasures Teddy Bear Show in Hunt Valley, MD, November 13, 2010. Technically these fellows aren't finished as I still need to make accessories and photograph them properly, but they are finished enough to have been given their first hugs! 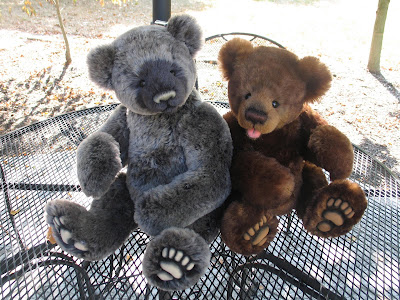 Then there are the really long term projects. In February, I started to sculpt a ball-jointed doll. The first part seemed to go relatively quickly--getting the body and head sculpted, but making joints was new to me and took quite a bit of trial and error. 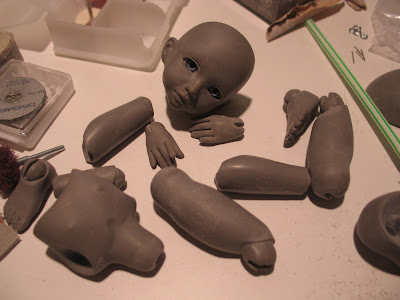 I have also had some great practice sculpting hands for this girl as I have sculpted three pairs to get the appropriate size! 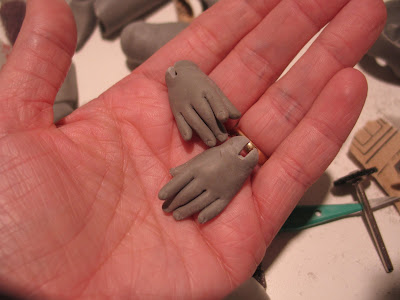 I still have some details to work out before she is cast in resin, of course, but with a bit of imagination you can picture her as whole! 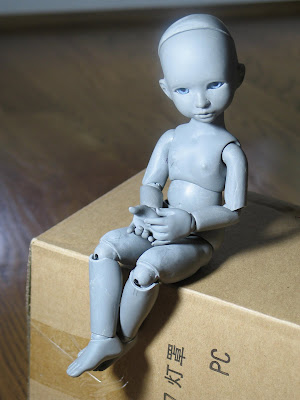 After I work on these epic projects though, sometimes I need the satisfaction of making something fast! I made this pincushion(inspired by this blog and this one) for myself in just a couple of hours! 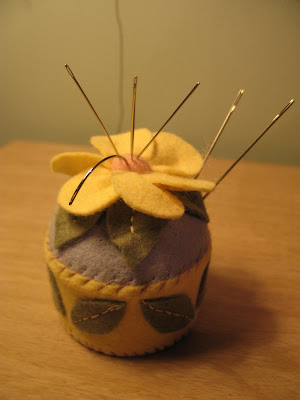 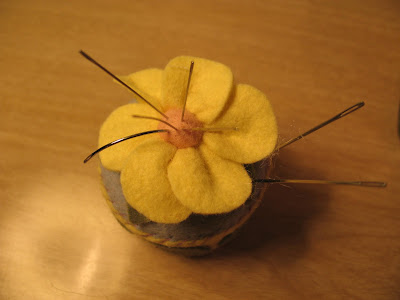 It feels good to finish things!
Posted by Tami Eveslage at 2:00 PM

Tami, I love the bears, I love the doll, and I love the pincushion. Good for you for finishing some things! I need to do that same. But that's always the way. :o) It'll be fun to see your doll completely finished. She's looking great!

Thank you Debora! Blessings to you too!